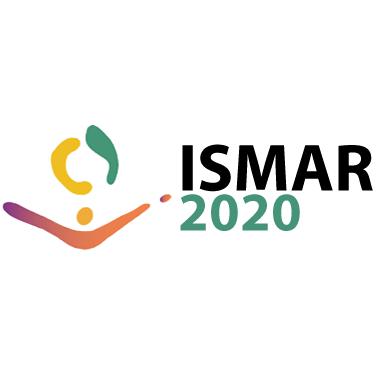 The CAIVARS20 Tutorial is organized with ISMAR2020

The tutorial will analyze interaction in Virtual and Augmented Reality (VR/AR) systems under different points of view. Manuela Chessa, an expert in perceptual aspects of human-computer interaction, will discuss how interaction in AR affects our senses, and how misperception issues negatively affect interaction. Several technological solutions to interact in VR and AR will be discussed and, finally, the challenges and opportunities of mixed reality (MR) systems will be analyzed. Fabio Solarii, an expert in biologically inspired computer vision, will focus on foveated visual perception for action tasks and on the calibration and the geometry of interactive AR. Guido Maiello, an innovative young neuroscientist, will present the link between our eyes and hands in the real world with the aim of improving the design of better interaction techniques in VR and AR. Giovanni Maria Farinella, a leading computer vision expert, will discuss first person vision and egocentric perception. Dimitri Ognibene, whose research uniquely combines robotics with computational neuroscience and machine learning, will describe how perception is an active process in both human and machines. David Rudrauf, a leading expert in mathematical psychology, will present a computational model to investigate human consciousness in virtual worlds. Overall, this unique panel of multi-disciplinary researchers will delineate a compelling argument in favor of investigating human cognition and perception in the context of AR/VR.

The Tutorial is available on Youtube at this link.

Manuela Chessa is Assistant Professor in Computer Science at Dept. of Informatics, Bioengineering, Robotics, and Systems Engineering of the University of Genoa. Her research interests are focused on the development of natural human-machine interfaces based on virtual, augmented and mixed reality, on the perceptual and cognitive aspects of interaction in VR and AR, on the development of bioinspired models, and on the study
of biological and artificial vision systems. She studies the use of novel sensing and 3D tracking technologies and of visualization devices (e.g. 3D monitors and projectors, head-mounted-displays, video see-through and optical see- through devices) to develop natural and ecological interaction systems, always having in mind the human perception.
In particular, she is active in studying misperception issues, visual stress and fatigue that arise by using such systems. She has been the Program Co-chair of the HUCAPP International Conference on Human Computer Interaction Theory and Applications. She has been the chair of the BMVA Technical Meeting – Vision for human-computer interaction and virtual reality systems, the chair of the Special Session Computer VISION for Natural Human Computer Interaction – VISION4HCI 2016, Lecturer of the tutorial Natural Human-Computer-Interaction in Virtual and Augmented Reality, VISIGRAPP 2017, and Lecturer for the tutorial Active Vision and Human Robot Collaboration at ICIAP 2017 and ICVS2019. She organized the first edition of the tutorial CAIVARS at ISMAR2018. She is author of more than 70 papers in international book chapters, journals and conference
proceedings, and co-inventor of 3 patents.
Manuela Chessa’ s website

Guido Maiello is an early-career researcher at Justus Liebig University Giessen, in Germany. In 2017, Dr Maiello completed a doctoral program in Visual Neuroscience at University College London. During his doctoral studies Dr Maiello held Visiting Researcher positions at Harvard Medical School, Northeastern University, and the University of Genoa. His doctoral work spanned the topics of human depth perception, motor control, virtual
reality technology and clinical vision. The main focus of his research has been to translate findings from basic vision science into meaningful technological and clinical applications. Just three years out of his PhD, Dr Maiello is currently author of 16 papers in peer-reviewed scientific ournals, over 40 abstracts and conference papers in international meetings, and one international patent. He is Academic Editor at the generalist journal PLOS One, serves as reviewer for 15 international journals, and has served as Area Chair for the ACM Symposium on Eye Tracking Research & Applications (ETRA 2019) and Program Committee Member for the International Conference on Human Computer Interaction Theory and Applications (HUCAPP 2020). Funded by a prestigious Marie Skłodowska-Curie Actions Individual Fellowship, since 2018 Dr Maiello has been investigating how we employ the sense of sight to guide how we grasp objects. Through targeted investigations of human behaviour in AR and VR he now hopes to uncover the visuomotor neural computations that allow us to pick up objects with their hands.

Dimitri Ognibene has joined University of Essex as Lecturer in Computer Science and Artificial Intelligence in October 2017. In February 2015 he received from University Pompeu Fabra (Barcelona, Spain) and FP7 Marie Curie Actions COFUND Grants Programme a UPFellows Research Grant worth €150k awarded to one winner over more than one hundred participants on the topic of Embodied Bounded Rational Agents, focusing on the development of algorithms for intelligent social agents with bounded computational and sensory resources. Before he has been developing algorithms for active vision in industrial robotic tasks as a Research Associate (RA) at Centre for Robotics Research, Kings College London; devising Bayesian methods and robotic models for attention in social
and dynamic environments as a RA at the Personal Robotics Laboratory in
Imperial College London. During his PhD he studied the interaction between active vision and autonomous learning in neuro-robotic models at the Institute of Cognitive Science and Technologies of the Italian Research Council (ISTC CNR). He also collaborated with Wellcome Trust Centre for Neuroimaging (UCL) to address the exploration issue in Predictive Coding, the currently dominant neurocomputational modelling paradigm. Dr Ognibene has also been Visiting Researcher at Bounded Resource Reasoning Laboratory in UMass and at University of Reykjavik (Iceland) exploring the symmetries between active sensor control and active computation or metareasoning. Dr Ognibene presented his work in several international conferences on artificial intelligence (IJCAI), adaptation (SAB), and development (ICDL) and published on international peer-reviewed journals. Dr Ognibene was invited to speak at the International Symposium for Attention in Cognitive Systems (2013 and 2014) as well as in other various neuroscience, robotics and machine-learning international venues. In 2017, he organised a workshop on Active Vision in Human Robot Collaboration at ICIAP2017. Dr Ognibene is Associate Editor of
Paladyn, Journal of Behavioral Robotics, Review Editor for Frontiers in Bionics and Biomimetics, and has been part of the Program Committee of several international conferences and symposiums.

David Rudrauf is a Psychologist and Neuroscientist and currently an Associate Professor at the University of Geneva, FAPSE, and a member of the Swiss Centre for Affective Sciences. He directs the Laboratory of Multimodal Modeling of Emotion and Feeling on the Campus Biotech in Geneva. After years of research in neuroscience, neuropsychology and multimodal neuroimaging in the US and in France, his current research focuses on mathematical psychology, and on the development of his computational model of embodied consciousness (Rudrauf et al, 2017, Journal of Theoretical Biology), which is based on a synthesis of psychology linking perception, imagination, emotion, motivation and action within a general algorithm of optimization and control, and on integrating the
model with Virtual Reality and robotics in order to study the normal and
pathological mechanisms of the mind.

Fabio Solari is Associate Professor of Computer Science at the Department of Informatics, Bioengineering, Robotics, and Systems Engineering of the University of Genoa. His research activity concerns the study of visual perception with the aim to design novel bio-inspired artificial vision systems and to develop natural human-computer interactions in virtual and augmented reality. In particular, his research interests are related to computational models of motion and depth estimation, space-variant visual processing and scene interpretation, such models are able to replicate relevant aspects of human experimental data. This can help to improve virtual and augmented reality systems in order to provide a natural perception. Moreover, he is interested in the perceptual assessment of
virtual/augmented reality systems, with specific attention to the perceptual and cognitive aspects, and in the development of systems that allow a natural experience and ecological human-computer interactions. He is principal investigator of three international projects: Interreg Alcotra CLIP E-Santé/Silver Economy'', PROSOLJeune” and PROSOL “Senior”. He has participated in five European projects: FP7-ICT, EYESHOTS and SEARISE; FP6-IST-FET, DRIVSCO; FP6-NEST, MCCOOP; FP5-IST-FET, ECOVISION. He is a reviewer for Italian PRIN and FIRB projects, and Marie Curie fellowships. He is general chair of the Fourth IEEE International Conference on Image Processing, Applications and Systems (IPAS 2020) 9-11 December 2020, Genova, Italy. He has a pending International Patent Application (WO2013088390) on augmented reality, and two Italian Patent Applications on virtual (No. 0001423036) and augmented (No. 0001409382) reality.
Fabio Solari’s website